Princess Beatrice of York is the ninth in line to the British throne, and the eldest daughter of Prince Andrew and Sarah Ferguson.

But what does she do for a living and who is her husband? Here are all the important facts:

The Story Behind the Songs

Must Read on Smooth

See more Must Read on Smooth

All 6 James Bond film actors, ranked in order of greatness

The history of Dolly Parton and Carl Dean’s 56-year marriage, and their secret to long-lasting love 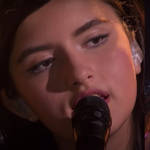 The 40 greatest Beatles songs ever, ranked

Andy Gibb: Remembering the life and career of the Bee Gees' younger brother